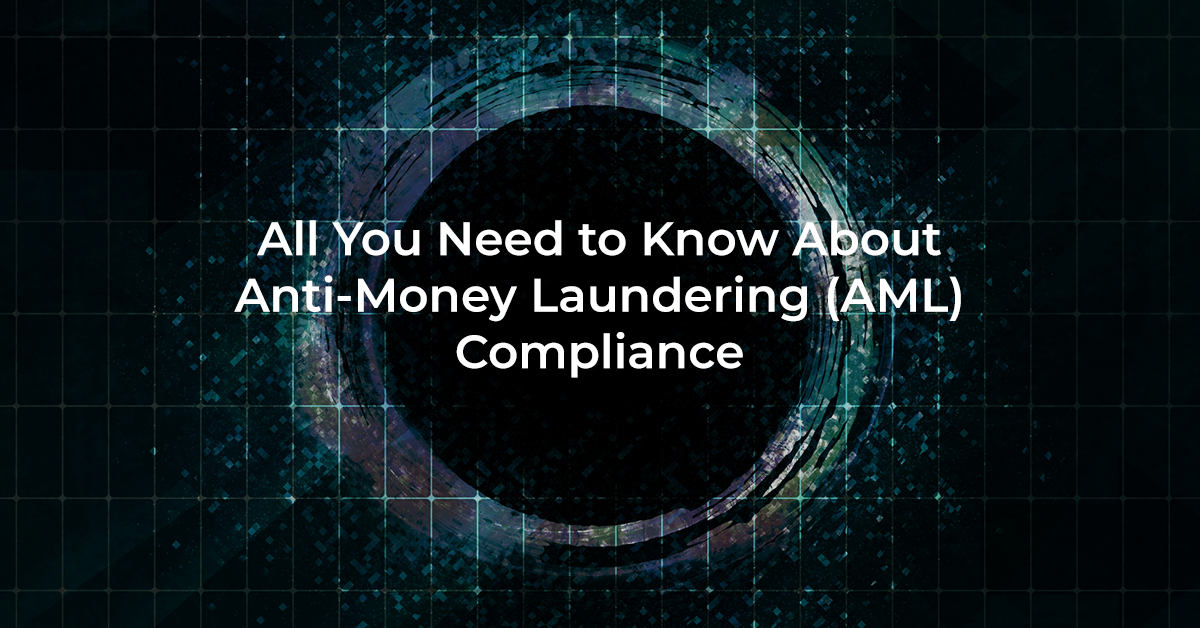 All You Need to Know About Anti-Money Laundering (AML) Compliance

What is Anti-Money Laundering and What is the role of Financial Institutions in AML?

The Financial Action Task Force (FATF) is the inter-governmental, policy making body that identifies global standards focusing on the prevention of illegal financial crimes related to money laundering and combating against terrorist financing. The FATF has more than 200 countries that devoted themselves to implement those FATF Standards or FATF Recommendations in order to achieve a united and coordinated global force to preclude organized crimes.

The European Union prepared and adopted the first Anti-Money Laundering Directive (AMLD) in 1990 and has been revising and revolutionizing the directives since then to keep up with the demands of the ever-changing financial environment and prevent the risks that are related to money laundering and/or terrorist financing. The latest, 5th AMLD which was in force since January 2020, the AML compliance requirements have been intensified even more than its predecessor, putting an extra level of pressure on the financial institutions. With the new directory, the scope of the rules that apply to service providers are enlarged and due diligence measures to track doubtful transactions in high-risk territories are intensified.

The Financial Conduct Authority (FCA) is the official regulator of financial services and markets in the UK. In 2018, the government formed the Office for Professional Body Anti-Money Laundering Supervision (OPBAS) as the new branch of FCA to fortify the AML activities in the UK and attain a professional regulator for consistent and effective achievement of AML standards.

The Bank Secrecy Act (BSA) which is also referred as Currency and Foreign Transactions Act or Anti-Money Laundering law or BSA/AML, is a law of United States that demands financial institutions to support U.S government agencies in identifying and precluding money laundering activities. The financial institutions are responsible for detecting and reporting suspicious financial activities which may have any inclination towards money laundering and other financial crimes.

The Financial Crimes Investigation Board (MASAK), a branch of Ministry of Finance, is the acting body in the fight against financial crimes in Turkey. MASAK is entrusted with conducting studies and research on the possible ways of money laundering and preventing it. To be able to fulfill its function, MASAK strives to improve the relevant policies and strategies, creates law and regulation proposals, stabilizes coordination in between related organizations, and interchanges information and opinions on the subject.

The rest of the regulatory bodies of the G20 countries that are eminent in AML are:

The Principles of Wolfsberg are the list of standards related to the Anti-Money Laundering (AML), Know Your Customer (KYC) and Counter-Terrorist Financing (CTF) developed by the Wolfsberg Group which is made of eleven international banks coming together to improve financial service industry. The group gathered together in 2000 for the first time and prepared the first set of principles in 2002.

The most recent ones are Wolfsberg Private Banking Principles which was revised in 2012 and Wolfsberg Anti Money Laundering Principles for Correspondent Banking which was originated in 2002 and revised in accordance with the FATF requirements in 2014. The updated principles are expected to be adopted by the SWIFT Relationship Management Application (RMA) partially or totally together with a risk-based approach.

How to address ML schemes with advanced algorithms?

The use of artificial intelligence (AI) and other advanced algorithms are employed for the sake of monitoring, checking and detecting risky financial activity, they can enhance the overall quality of transactions and AML compliance as they are capable of analyzing and processing large quantities of data and categorize them based on the level of suspicion. This automatically reduces the possibility of mistakes resulted by human errors.

Monitoring and screening are essential to a successful AML process. Since it is fully under the responsibility of the financial institutions to detect unusual or suspicious transactions, they need to ensure that they employ a sufficient transaction monitoring and sanction screening system. As the current developments in the field of technology offer more automated and intelligent solutions to the challenges of the digitalized financial world by combining advanced data analytics (for fighting risky transactions) and better compliance experience, it is more logical and beneficial for FIs to get the support of advanced technology.

Artificial intelligence (AI) and machine learning (ML) support the financial institutions in increasing their financial crime detection rates with its intelligent detection prioritization and false-positive reduction features. The learning nature of these technologies enables understanding and anticipating user behavior and then detecting suspicious activities without defining scenarios. As they keep adding and rationalizing the existing and new data, the false positives can be reduced to a great extent and detection rates can arise tremendously.