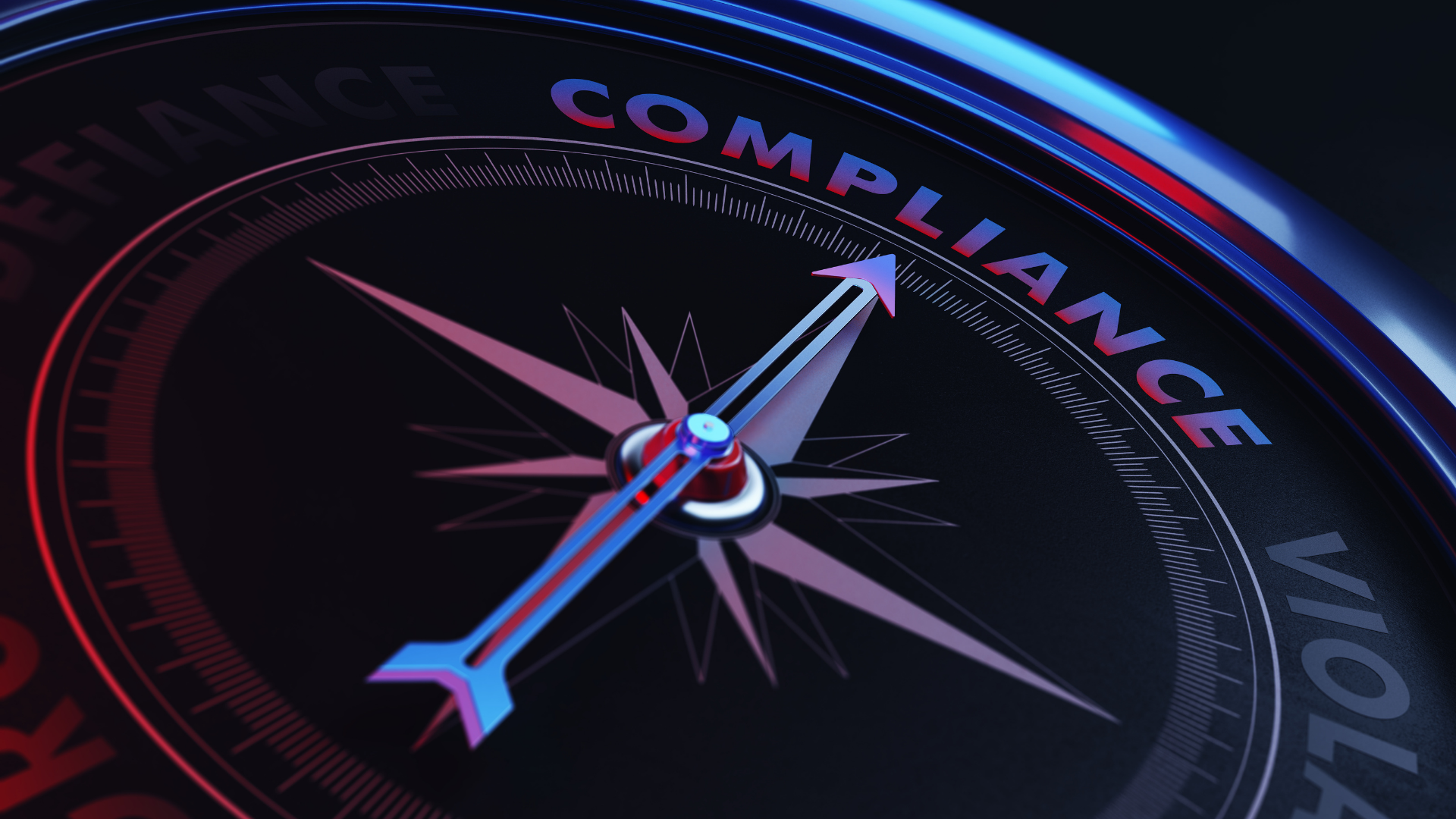 The informal financial system to transfer value or money from and to specific geographical locations operating outside the regular and formal financial industry. Also referred as underground or parallel banking system or Informal Value Transfer Systems (IVTS). Closely related to particular locations and ethnic groups which resulted in having different names in different cultures: hawala, hundi, fei-chien, black market peso exchange etc. The system does not require physical transfer or movement of money, instead the transfer is confirmed via informal methods of communication in the form of encrypted messages.

Anti Money Laundering Act (AMLA) is one of the biggest amendment in the anti-money laundering (AML) laws of the USA since the Patriot Act of 2001. Anti-Money Laundering Act (AMLA) is to be implemented by the financial institutions and aims to regulate the fight against money laundering and combat terrorism financing crimes. The act ensures that in the processes of financial transactions the due diligence procedures are applied. The reformatory changes of AMLA are the generation of a national registry to track the beneficial ownership data, expansion of AML whistleblower rewards, penalty improvements to be applied in the case of Bank Secrecy Act (BSA) violations, an innovated language of law to encapsulate the cryptocurrency transactions and more.

A set of regulatory requirements to fight with money laundering and terrorist financing in Europe created by the European Union (EU). The aim of the AMLD is to protect the financial system by stipulating requirements to the EU member states for prevention, detection and investigation of money laundering and terrorist financing.

The EU adopted the first Anti-Money Laundering Directive (AMLD) in 1990 and has been revising and revolutionizing the directives since then to keep up with the demands of the ever-changing financial eco-system and prevent the risks that are related to money laundering and/or terrorist financing. The latest, 5th AMLD came to force in January 2020 and the AML compliance requirements have been intensified even more than its predecessor, putting an extra level of pressure on the financial institutions.

Automated Clearing House (ACH) is an electronic network processing financial transaction supporting both direct debits and credit transfers for consumers, businesses and governments. By nature, the ACH system processes large volumes of payments in batches. The credit transfers done by ACH involves direct deposits, retail payments, vendor payments and payrolls; while direct debits mainly involve payments of consumers like insurance premiums, mortgage loans and other kinds of bills. ACH system is the opposite of Real-Time Gross Settlement (RTGS) system as they are characterized by low-value and non-urgent transaction types.

Automated Screening Tool (AST) is a software system as an alternative to the manual screening used by financial institutions for the screening of sanction lists more quickly and effectively. ASTs enable FIs to achieve higher percentages of productive alerts, better compliance with regulatory requirements, increased operational efficiency and reduced costs. ASTs are able to create hits against sanction lists based on the record of a customer and they can classify multiple hits in of the same customer in a single alert.

Batch screening is a screening of customers and other related associations in the database of the financial institutions at periodic intervals via an AST (Automated Screening Tool) in most cases. The compliance teams receive the results for assessments, reviews, and matching.

A natural person who holds the ownership or control of a legal entity (a company, a trust or a foundation) although the public title of the owner of the property is in another name. A beneficial owner also refers to a person who has directly or indirectly the right and power to vote or affect the investment decisions of a security.

It is essential to differentiate beneficial and legal ownerships from each other even though for the most part, the legal and beneficial owners are the same. However, there are cases where the beneficial owner prefers to stay anonymous.

Currency Transaction Report is a form to be filled out by bank representatives in the United States when a customer demands to deposit or withdraw a currency transaction higher than $10.000. It is an important element for the prevention of money laundering and plays a vital role in US banks’ contribution to and responsibility for the Anti-Money Laundering (AML) activities.

Due diligence is the set of investigations, research or review of a potential customer (company, group or individuals) in order for the confirmation of the information needed for a financial or business transaction. A detailed examination of the financial records is essential for a successful due diligence before a transaction is carried out with another party. The ultimate purpose of due diligence is to minimize the risks that may threaten the financial institution.

The electronic transfer of money via a computer network. Electronic funds transfer (EFT) can be used to move funds from one account to another in the same bank or between different banks. To operate an EFT, an individual or a business only needs to have a bank account in good standing. Physical or online shopping via credit or debit cards is one form of an EFT. In order to use the electronic funds transfers (EFTs), the bank customers are required to enter their unique personal identification number (PIN) or the login information for security to access online banking services. EFT payments are processed by an automated clearing house (ACH) system.

Enhanced Due Diligence (EDD) is a risk-sensitive form of customer due diligence (CDD) checks that is applied to the higher-risk customers and requires more detailed information about the customer. High-risk customer means that those who are associated with increased probability of getting involved in money laundering or terrorism financing crimes. Therefore, Enhanced Due Diligence (EDD) is one of the essential components of Know Your Customer (KYC), customer onboarding and Anti-Money Laundering (AML) processes.

False-Positives occur when an ordinary transaction is labeled as suspicious during the screening process due to the matching error in public or private Sanctions Lists. False Positives require careful observation because they may result in blocking the payment or closing the account completely in the worst-case scenario. However, when checked, it is usually found that the account owner is flagged incorrectly and the transaction is clean to proceed.

The Financial Action Task Force (FATF) is the inter-governmental, policy making regulatory body founded in 1989 that identifies global standards focusing on the prevention of illegal financial crimes related to money laundering and combating against terrorist financing. The FATF has more than 200 countries that devoted themselves to implement those FATF Standards or FATF Recommendations in order to achieve a united and coordinated global force to preclude organized financial crimes. The FATF Recommendations do not hold statutory power; however, they are recognized as the global anti-money laundering (AML) and counter-terrorist financing (CFT) standard.

Financial Intelligence Unit (FIU) is a national state authority that forms a connection between private sector and regulatory bodies enforcing criminal legislation for the successful application of the regulations about the financial crimes. FIUs are entitled with collecting and evaluating the reports on suspicious activity detected in the private sector and transferring them to the related authorities. They function as an intermediary agency between private institutions who are responsible for complying with AML/CFT regulations and law enforcement authorities.

Fuzzy logic is a mathematical approach that processes multiple values through the same variable allowing for a more advanced decision-making process and greater integration with rule-based programming. Fuzzy logic is one of the main components of artificial intelligence (AI) solutions programming. In the area of financial services, fuzzy logic is especially used in the machine learning (ML) and technological enhancements that are used to support investment intelligence.

Gatekeepers act as the financial intermediaries operating between investors and issuers. Their role is to provide investors with the necessary information about the investment decisions in a timely manner. In the financial industry, gatekeepers have the capacity to ensure institutional stability, strength and direction needed for the improvement and seamless functioning of capital markets.

Grey list refers to “Jurisdictions Under Increased Monitoring” by the FATF. Similar to blacklists, countries listed in the FATF grey list pose high risk of financial crimes such as money laundering and terrorist financing. The difference is that grey list countries officially cooperate with FATF acknowledging their AML/CFT deficiencies and work on the action plans to address them. FATF applies an increased level of monitoring to the countries on the grey list by either directly evaluating them or making use of FATF style regional bodies (FSRBs) to create reports demonstrating the development process.

Hawala is an unofficial way of moving money without actually any physical movement of money. The concept of trust is very crucial for this method as it is simply described as “money transfer without money movement”. As an alternative transaction method to the traditional banking system, hawala is still a valid remittance channel for many. Hawala gains a footing in the digital financial world because it offers access to money transfers for the unbanked or underbanked people.

The financial intelligence and enforcement agency of the United States Treasury Department. OFAC imposes sanctions related to economy and trade by taking US foreign policy and national security goals as the basis. The sanctions are applied to those who might pose a threat to the national security, foreign policy and economy of the United States that include targeted foreign states.

The individuals or businesses which are somehow related to or have a close relationship with a Politically Exposed Person (PEP). Their close relation to the PEPs automatically makes them vulnerable to the financial crimes that serve to the money laundering activities such as corruption, bribery or misuse of power. Therefore, they are being monitored to comply with Anti-Money Laundering (AML) regulations.

Restrictive measures or penalties applied by an individual country, a group of countries or coalitions by targeting another country, regime, coalition or individuals (PEPs RCAs etc.) in order to change specific behavior or policy. A sanction can be imposed to punish a disobedience of a law, to restrict trade, to confine a financial transaction or to control diplomatic association.

Similar to Know Your Customer (KYC) and Customer Due Diligence (CDD) processes, Sanction Due Diligence (SDD) is risk checks specifically for the sanctions. SDD is going beyond just operating software screening and checking the approved sanction lists of authorities as it requires knowledge about which questions to ask, when to ask and what to do when the responses are received. It is also important to collect and evaluate information effectively. Therefore, integration of sanctions due diligence process with the business operations and making sure that they work in harmony with the sanctions compliance policies and processes is the key to success.

Also referred as shelf corporation or aged corporation. A company that has no activity and put on the “shelf” for aging. There may be several reasons to create or purchase a shelf company:
• For having a clean business record
• For achieving corporate seniority to appeal to investors
• For gaining advantage on legal procedures like bidding on contracts which require a certain time of longevity in the industry.
• For getting access to business loan

A reporting tool developed and provided by the Bank Secrecy Act (BSA) of 1970 in order to monitor, detect and report suspicious financial activities which may be overlooked by other forms of reports. It is also called as “criminal referral form” and it became the standard form for reporting suspicious financial activity in 1996. SAR supports financial institutions effectively in detecting and uncovering important financial criminal activities such as money laundering, fraud, and other criminal financial schemes.