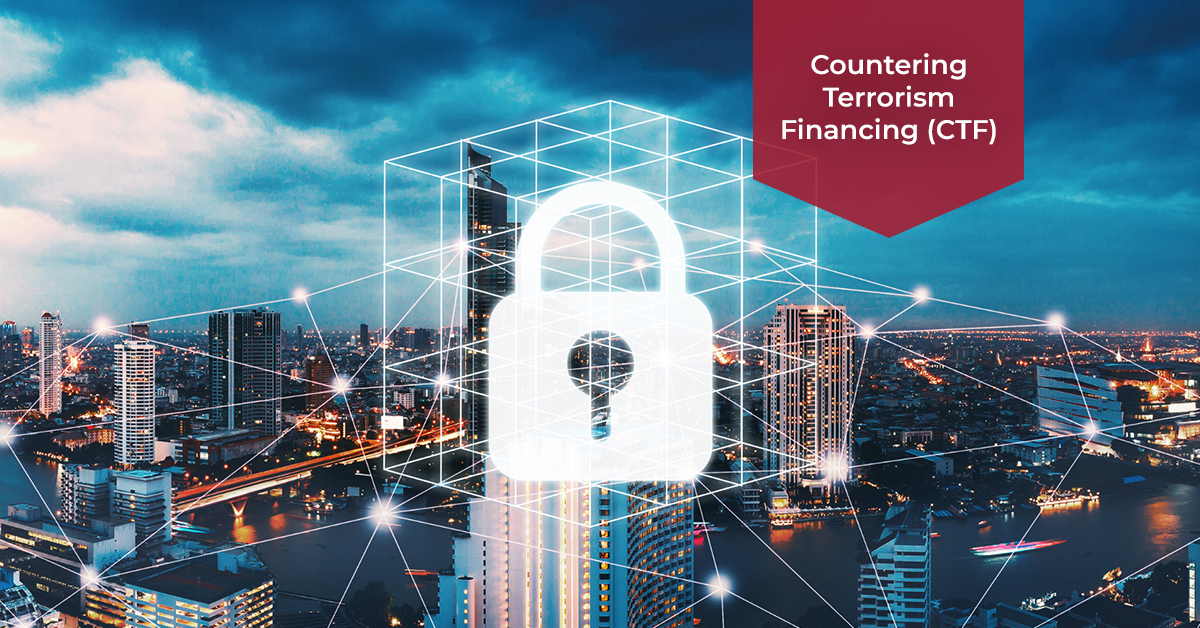 The practice of making illegal funds appear to have been earned legitimately is known as money laundering. According to the researches, laundered money from illicit financial activities is estimated between 2-4 billion USD annually, according to the IMF and World Bank. Injecting unlawfully obtained cash into the flow of legitimate trade and finance allows criminals to profit from their illicit activities, harms the international financial eco system, and undermines public confidence in the system’s integrity. Some criminals take advantage of the financial system to fund terrorists or actions of terrorism. At this stage, the CTF comes into play. Counter terrorism financing is an important part of the EU’s counter-terrorism policy.

Terrorism financing is defined as the illicit transfer of funds to terrorist groups. Financing of terrorism is frequently connected to money laundering, which is frequently carried out across international borders.  Terrorist organizations require funds to survive and carry out their operations. Counter terrorism financing refers to the techniques and tactics through which terrorist groups fund their operations. Terrorist organizations can also raise funds through criminal operations such as the trafficking of weapons, narcotics, or humans, as well as abduction for ransom.

What is CTF in money laundering?

Countering terrorism financing is a set of laws and regulations aimed at preventing the financing of terrorism and related activities through illicit means. This includes the terrorist organizations’ own unlawful funding. Those who fund these groups and activities frequently use money laundering techniques to mask transactions by sending tiny quantities of money at a time.

Countering the financing of terrorism

As a result, CTF is a critical component of international counter-terrorism strategy. Many governments punish persons and entities linked to terrorism, terrorist funding, the spread of weapons of mass destruction, arms trafficking, narco-trafficking, or war crimes. The goal is to protect their financial eco system from terrorist facilitators, the proliferation of weapons of mass destruction, money launderers, drug traffickers, and other national security risks.

The Difficulties for Countering Terrorism Financing

Countering terrorism financing has some challenges. Many of the transactions used to provide illicit money to terrorist organizations are minor and inconsequential. Terrorist financiers purposely do not transmit significant sums of money all at once in order to avoid attracting the notice of governments and financial institutions that are obligated to follow anti-terrorist funding rules. Individuals who sponsor terrorists also employ trade-based money laundering strategies to transport their money over international boundaries. This is getting increasingly prevalent, and it’s a challenging problem to solve for financial institutions and regulatory authorities. Terrorist financiers have been known to utilize the cash to support terrorist actions, particularly when planning and the crimes take place in the same nation. In order for the Countering Terrorism financing efforts to be successful with new regulations and to prevent the financing situation, the coordination of international organizations should continue.