Here are the latest trends and insights along with emerging technologies that are shaping the Finance Industry through the eyes of Fineksus team.

Here are the latest trends and insights along with emerging technologies that are shaping the Finance Industry through the eyes of Fineksus team. 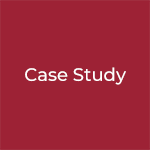 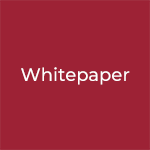 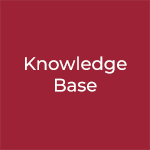 Fraud and AML Trends and Predictions for 2023

Fraud and AML Trends and Predictions for 2023 The effects of the global pandemic have shown themselves on two different sides of the mirror: the acceleration of the initiatives in the digital financial service industry and the evolution of fraud methods together with the new digital channels. As fraudsters are becoming more tech-savvy [...]

How to Build an Effective Know Your Customer (KYC) Strategy

Money Laundering and Technology Technological advancements may make transaction monitoring and screening programs considerably more successful despite the obstacles. Analysts spend up to 80% of their time obtaining data rather than fixing problems, according to AML experts, so there's lots of room for new solutions to speed up the information-gathering process. Advances are [...]

Unexplained Wealth Order (UWO) The Criminal Finances Act includes additional provisions in the United Kingdom to combat asset recovery and money laundering. Unexplained Wealth Orders (UWOs) are an important component of the Act, serving as an investigative tool to assist law enforcement in acting on corrupt assets. Transparency International has been advocating for [...]

Non-Fungible Tokens (NFTs) and Their Risks Related to Money Laundering Crimes What are NFTs? NFT stands for “non-fungible token” which means that the NFTs cannot be exchanged with each other as they carry incomparable values. NFTs are stored on a distributed ledger technology (DLT) or more specifically on the Ethereum blockchain. The [...]

Whitepaper: Future Of Payments In The Middle East And North Africa (MENA)

Future Of Payments In The Middle East And North Africa (MENA) Explore the changes that are expected to happen in the payments industry in the MENA region even though the region by nature is fond of cash and there is an insufficiency in the digital payment infrastructures. Download the Whitepaper

Patriot Act The Patriot Act was passed shortly after September 11, 2001, terrorist attacks in the United States, and it allowed law enforcement agencies additional authority to investigate, indict, and bring terrorists to justice. It also resulted in harsher sanctions for anyone who perpetrates or assists terrorist acts. The USA Patriot Act, which [...]