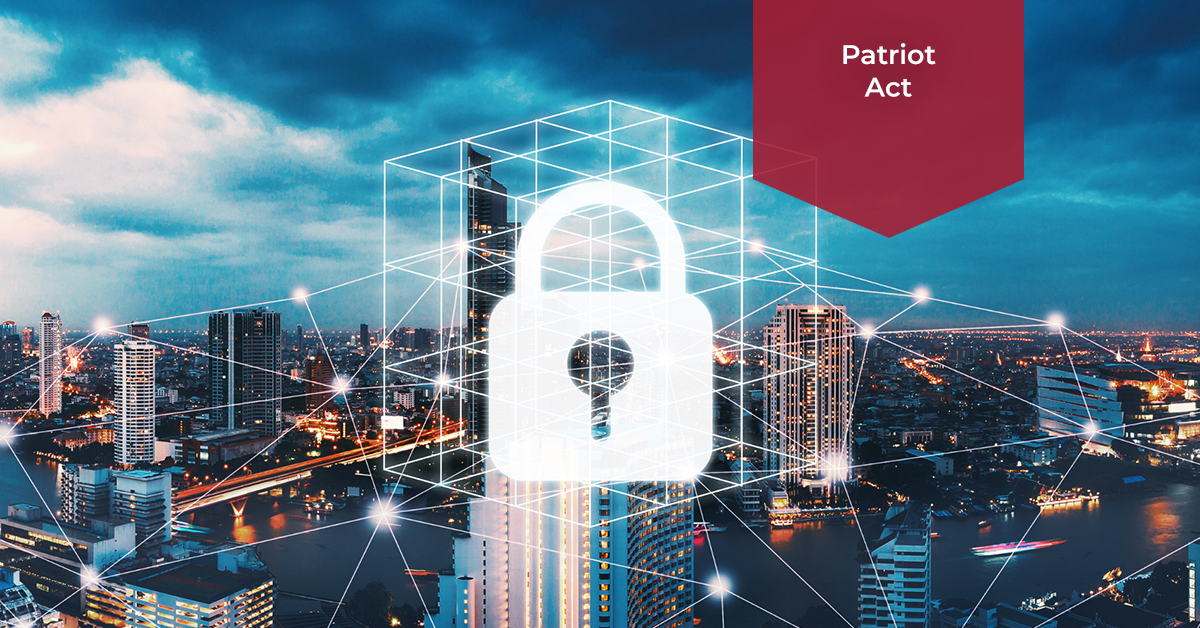 The Patriot Act was passed shortly after September 11, 2001, terrorist attacks in the United States, and it allowed law enforcement agencies additional authority to investigate, indict, and bring terrorists to justice. It also resulted in harsher sanctions for anyone who perpetrates or assists terrorist acts.

The USA Patriot Act, which stands for “Uniting and Strengthening America by Providing Appropriate Tools Required to Intercept and Obstruct Terrorism,” lowered the bar for law enforcement to gather intelligence and information on suspected spies, terrorists, and other adversaries of the United States.

The Patriot Act was passed by the United States Congress and signed into law by President George W. Bush on October 26, 2001, in response to the September 11th terrorist attacks on the United States.

It improved on prior legislation enacted in April 1996, termed the “Antiterrorism and Effective Death Penalty Act of 1996,” which was enacted during the Clinton administration in the aftermath of the 1995 Oklahoma City bombing.

Since its creation in 2001, the Patriot Act and its merits have been disputed, with supporters claiming that the Act has made anti-terrorism measures more streamlined, efficient, and effective.

The Patriot Act, according to the Department of Justice, has incapacitated at least 3,000 operatives worldwide, broken up terrorist cells in Buffalo, Detroit, Seattle, Portland, and Northern Virginia, designated 40 terrorist organizations, and frozen at least $136 million in suspected assets around the world.

Roving wiretaps enable the tracking of international terrorists who have been educated to avoid detection. The ability to postpone notifying terrorist suspects of a search warrant allows law enforcement to identify the criminal’s associates and eliminate urgent community dangers.

The Patriot Act encourages government agencies to share information and collaborate so that they can better “connect the dots.” Investigating cops can respond more rapidly before a suspected attack is finished if there is greater unity through different communication channels.

The purpose of the USA Patriot Act is to deter and punish terrorist crimes in the United States and around the world, to improve law enforcement investigative tools, and to achieve a variety of additional goals, some of which are as follows:

The act’s Title III, “International Money Laundering Abatement and Anti-Terrorist Financing Act of 2001,” is one of 10 titles. Title III’s anti-money laundering provisions include obligations to increase the government’s ability to detect, prevent, and investigate money laundering.

AML Requirements under the Patriot Act

Section 326 establishes a set of minimum standards for financial institutions, including the verification of the identity of those seeking to open an account, the maintenance of records used to verify an individual’s identity, such as their name, address, and other relevant data, and the consultation of lists of known or suspected terrorist organizations supplied by any government agency.

Section 351 modifies the reporting of suspicious actions, including expanding the exemption from responsibility for reporting suspicious activity. It also broadens the prohibition on notifying persons who are the subject of a Suspicious Activity Reports (SARs) filing.

Section 352 directs financial institutions to establish anti-money laundering programs and specifies the minimum requirements, which include the development of internal policies, procedures, and controls, the appointment of a compliance officer, the implementation of a recurring employee training program, and the presence of an independent audit department to assess the program’s effectiveness.