Skip to content
Payments Landscape and the Upcoming ISO 20022 Standard 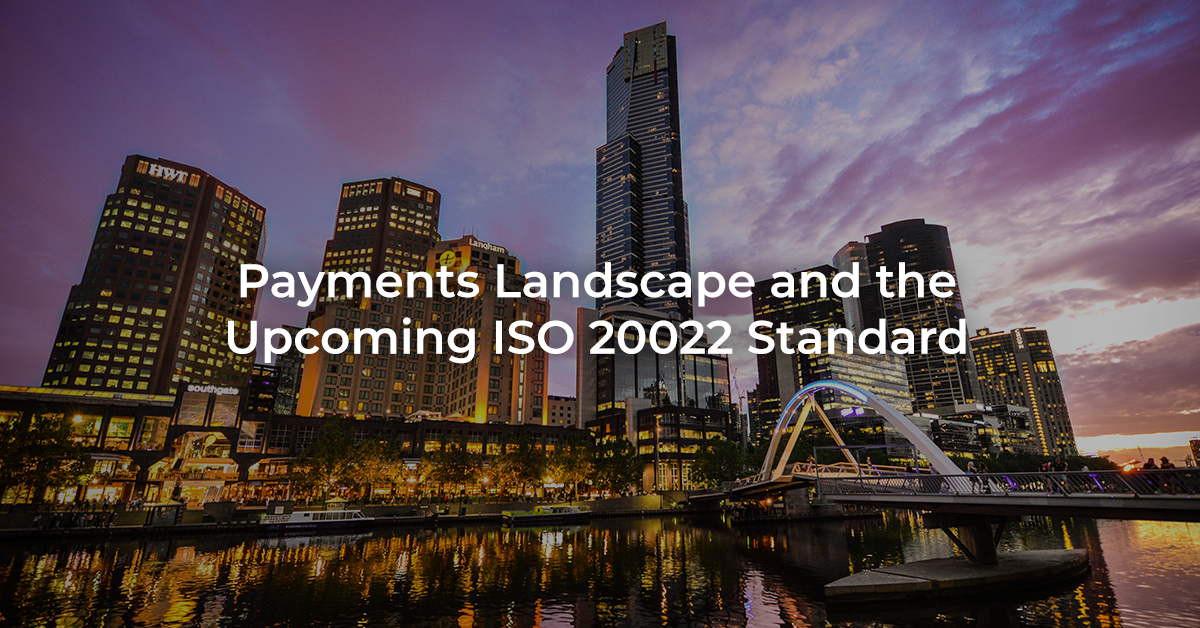 Together with the invention of the telegraph in the end of 19th century, wires have started to be used in the communication industry although they have not become mainstream until the beginning of the 20th century. With wires becoming widely used, the high-value payments or in other words RTGS (Real Time Gross Settlement) transfers came into existence to be preferred mainly for the safe and fast money transfers in between businesses. High-value transfers are also named as wire transfers by many and; they are known for providing real value in receipt time and, in comparison to other electronic payment systems, for being more costly.

Low-value payments which are also referred as Batch EFT Systems or Automated Clearing House (ACH) batch payments came into being as a replacement to the checks in the early 1970s. Different from the RTGS transfers, low-value payments are characteristically sent in batches and they cover smaller payments which are under $100.000, therefore, they are expected to be preferred with low-value transfers in high volumes. Another difference from high-value payments is that Batch EFT systems do not require immediacy and finality by nature, the exchange of batches of money transfers happen on daily basis and the settling of the transfers the next day.

As low-value payment systems operate tons of payments internationally, it is important to provide the participants with effective settlement, clearing and netting services. Additionally, efficiency of the whole process, risk management and cost reconciliation are important factors that would make the system more preferable. SWIFT as the global provider for secure financial messaging services, supports more than 25 low-value payment systems to increase the interoperability between different payment platforms and to achieve a dependable, standardized and scalable messaging platform for the low-value payments.

Conventional payment systems are listed as the checks and drafts which are the oldest no-cash payment methods where it is expected that an instruction is written on a paper by sender to make a payment to another person or party. Actually, checks are still frequently used to make payments in the United States and some other countries. There is another paper-based payment system: the Giro system. To make a money transfer via Giro systems, the payer is supposed to fill in a paper and do the transfer of values via banks or post. With the introduction of electronic transfer options, the Giro systems have become outdated and they are very rarely preferred.

Card-based payments are popularly used payment methods and they are increasingly expanding their portion in the payments area. In addition to the debit, credit and stored value cards, the card-based payments are now also including mobile wallets as they are supporting the most recent payment systems used for the e-commerce and retail transactions. The trends of digitalization, cashless society and online shopping, the tendency to prefer cards as the main payments method is becoming more and more visible.

The pace and instantaneity of in many fields of digital age demand the payments to be made instantly too. Instant payments enables electronic money transfer within seconds, 24/7 and for 365 days. Instant payments also improve e-commerce and business-to-business payment flows in a way that the online merchants can receive the payments as soon as they release the goods, removing the delays or the risk of not getting the money. Instant payments  by nature create better cash flow by making fund managing easier and invoice payment faster.

The most compelling difficulties faced in the current payments landscape are the lack of integration between high and low value systems, limited interoperability among different international clearing systems, inability to provide a full and detailed remittance data and rapidly increasing regulatory and security demands. The messaging standard of ISO 20022 will be convenient for all end-to-end payment types which are from customer to bank (payment), from bank to bank (clearing and settlements) and reporting (cash management). In conjunction with the adoption of ISO 20022 standard in the high and low value payments systems, both the financial institutions (FIs) and Payments Service Providers (PSPs) can benefit from a structured and richer data in transaction messaging procedures. ISO 20022 messaging standard also aims to improve interoperability, to answer compliance-related requirements and to deliver more detailed and clearer remittance data with its richer and structured nature, eventually supporting a more innovative and comprehensive payments environment.

Ripple is a payment settlement and remittance technology that can work both as a cryptocurrency and a digital payment network. In terms of the way it works, Ripple has similarities with SWIFT as the main process of Ripple is the settlement of asset exchange transactions. To ensure a smooth experience of fund transfer free from any form (dollars, euros, bitcoin etc.), Ripple runs in a decentralized, end-to-end and open-source platform.

The name of the cryptocurrency token of Ripple is XRP and it acts as the temporary unit of settlement value or an intermediary instrument of exchange in between two currencies. Simply, it aims to facilitate and fastens the conversion of different currencies.

Basically, Ripple is like the digital version of Hawala system which is defined as the non-formal way of global money transfer during which there is no physical movement of money. The system can be simply explained as the two parties using their agents to send and receive the money for the money transferring process.

Highlights of the New ISO 20022 Standard

Together with the full adoption of ISO 20022 in the global level, the payments data will be richer, more structured and more standardized which means increased interoperability among different international institutions. This unified approach will ensure transactions to move around the globe more seamlessly and the settlement reconciliations will become faster and easier than ever before.

The structured nature of MX messaging standard of ISO 20022 enables a successful achievement of compliance requirements because the XML tags that it uses creates a more structured data set which is also easy to read , screen and group. This feature of the XML tags creates the possibility to group and screen data more easily and accurately while at the same it helps prevent false positives. Eventually, financial institutions can reduce the false positives, save time and spend less effort in the compliance-related operations.

SWIFT announced the migration timeline from ISO 15022 to ISO 20222: the implementation of ISO 20022 is delayed to November 20022 and there will be coexistence period of MT and MX standards from November 2022 to November 2025.

The scope of ISO 20022 migration covers the cross-border payments and financial messages of cash management, namely it is limited to MT Standards. Only the category 1, 2 and 9 messages are to be changed while the rest of the categories remain as they are.

Upon completing the full migration to the ISO 20022 standard, SWIFT estimates that the volume of 80% of cross-border, high-value payments will be using ISO 20022.