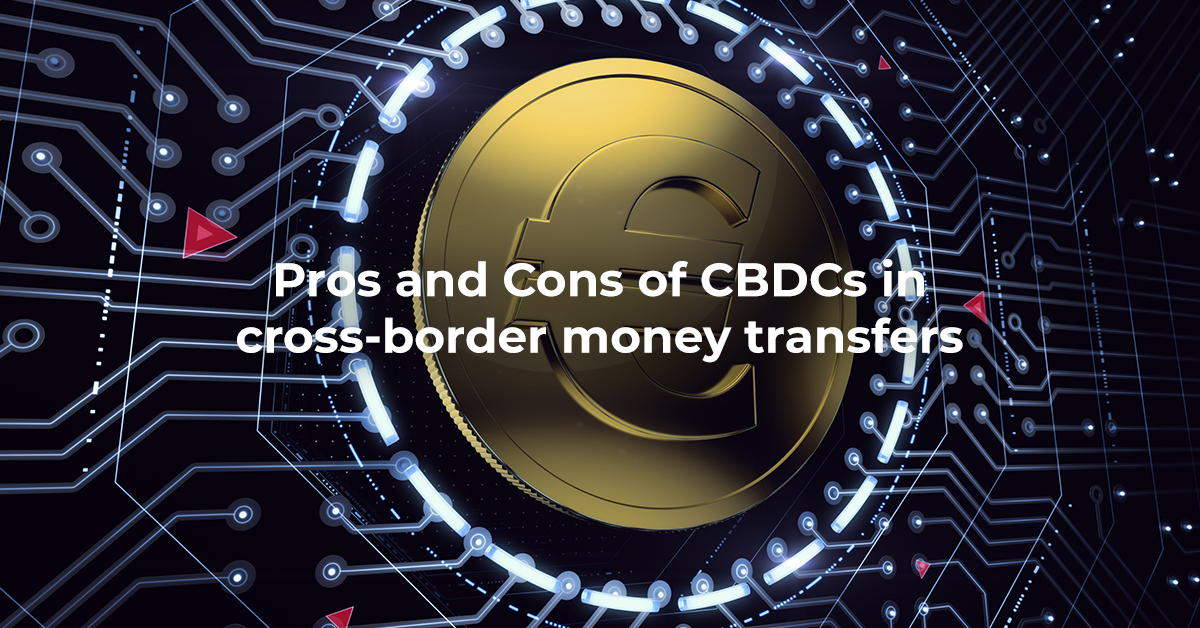 Central bank digital currencies are digital tokens issued by a central bank that is comparable to bitcoin. They are based on the value of the country’s fiat currency. CBDCs are being developed in several nations, and some have even gone into effect. Because so many nations are experimenting with digital currencies, it’s critical to grasp what they are and what they signify to society.

Fiat money is a currency created by the government that is not backed by a tangible commodity such as gold or silver. It is regarded as legal tender and can be used to exchange goods and services. Fiat money was traditionally minted in notes and coins. But advances in technology have enabled governments and financial institutions to augment physical fiat money with a credit-based model where balances and transactions are recorded digitally.

Physical cash is still extensively exchanged and recognized; but, in certain affluent nations, its use has declined significantly, and this tendency has increased during the COVID-19 pandemic.

The advent and growth of cryptocurrencies and blockchain technologies have heightened interest in cashless societies and digital currencies. As a result, governments and central banks throughout the world are investigating the use of government-backed digital currencies. When and if they are adopted, these currencies, like fiat money, will have the full trust and support of the government that issued them.

The primary purpose of CBDCs is to provide companies and consumers with privacy, transferability, convenience, accessibility and financial security. CBDCs might also minimize the maintenance required for a complex financial system, cut cross-border transaction costs, and give lower-cost choices to people who now utilize other money transfer methods.

A CBDC also allows a country’s central bank to execute monetary policies that create stability, limit growth, and impact inflation. Digital currencies issued by central banks will also minimize the dangers associated with using digital currencies in their current form. Cryptocurrencies are very volatile with their values constantly changing. This volatility may generate significant financial hardship in many people and jeopardize an economy’s overall stability. CBDCs, which are backed by the government and administered by a central bank, would provide a reliable way of exchanging digital money for homes, consumers, and companies.

CBDCs are divided into two types. These are wholesale and retail. Financial institutions are the primary users of wholesale CBDCs. Retail CBDCs are similar to physical forms of cash. These are used by both consumers and businesses.

CBDCs, both wholesale and retail, are not mutually exclusive. It is feasible to create both and have them operate in the same economy.

Why Central Banks are urge to introduce CDBCs?

The primary reason for this is that central banks are concerned about losing control of the monetary system. With the emergence of stablecoins and other kinds of cryptocurrencies, there is a risk that individuals and companies would abandon national currencies in favor of other means of payment. The People’s Bank of China, for example, wishes to avoid commercial enterprises such as Alipay and TenCent dominating retail payments. Similarly, big tech corporations like Facebook are considering launching their stablecoin, which has the potential to become systemically important and disintermediate national payment rails. An alternate business case comes from the Eastern Caribbean Bank, which has created DCash, a CBDC counterpart to the Eastern Caribbean Dollar, as a financial inclusion initiative, providing residents without bank accounts with access to digital money.

The increased opportunities with the use of CDBCs for cross-border payments are as follows:

With the introduction of CBDC, the currencies utilized for foreign transactions, such as invoicing and paying for imports, may change. In one possibility, reserve currencies such as the Dollar or Euro could become even more dominant if they are made digitally available at a cheaper cost and to a wider user base. The question is whether new reserve currencies would emerge, or whether any of the reserve currencies that are used less often now might become more prevalent if they offered considerable cost and ease-of-use advantages. CBDCs might be developed, for example, through programmability, to be more relevant and easier to use in various processes in global commerce and finance. This would, of course, have an impact on demand for them. The widespread usage of a currency is a necessary step toward its globalization. The self-reinforcing cycle begins with a desire to keep the currency in which one is paid, which necessitates the need for safe assets in that currency, which reduces interest on these assets, incentivizes supply, and hence prices in that currency to hedge. Thus, the use of currencies in commerce tends to fuel market development in a self-perpetuating loop. However, the legitimacy and stability of institutions, as well as the degree of financial openness and the rule of law, as well as geopolitical pressures, continue to be crucial elements in currency internationalization and tend to move slowly.

As a result, the introduction of CBDCs may hasten changes in the composition of reserve currencies, but they may not have a significant impact in a short period. Regional patterns may emerge more quickly if trade linkages are closer and political influences are greater. These trends currently exist, but a new CBDC issued in the region with more appealing characteristics than current versions of the national currency might tip the balance in favor of the development of a new regional reserve currency. As a result, questions about the need to potentially alter backstops may surface. Regional backstops, in addition to global backstops offered by the IMF, may be strengthened and made more credible. Cooperation among these diverse backstops may become more necessary in the future.