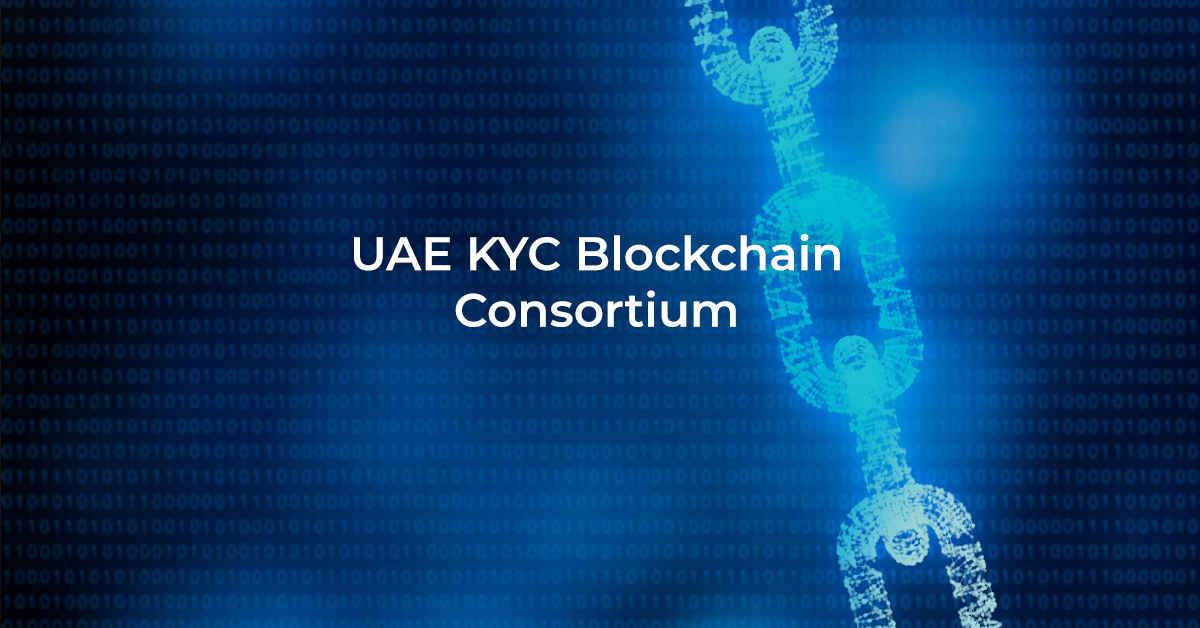 When and why was the platform founded?

The initiative of the UAE KYC (Know Your Customer) Blockchain Platform was launched in February 2020 by Dubai Economy (Dubai’s Department of Economic Development) together with its founding partner banks. The main motivation behind its foundation is to create a national ecosystem in which the sharing of accredited KYC (Know Your Customer) data among the licensing institutions and authorities is simpler, faster and safer.

In order to expand the positioning of the UAE KYC Blockchain Consortium, Dubai Economy and Dubai International Financial Centre (DIFC) Authority formed an alliance by combining their efforts to set the Consortium as the national corporate e-KYC platform as well which is also the first in the region. Empowered by the support of the advanced distributed technologies, the platform aims to increase the speed, security and efficiency of the customer onboarding by allowing the exchange of verified e-KYC data among the financial institutions.

In the journey of establishing an ecosystem for KYC data exchange that is UAE-wide, the UAE KYC Blockchain Consortium acts as one of the key milestones. The government’s strategy about digitalization and going paperless in the economy is actually in line with this initiative as it provides progression, sustainability and simplification for doing business within the country.

Which banks are included and when in the platform?

When the first phase of the project was live in 2020, the founding members of the Consortium were Dubai Economy, Dubai International Financial Centre (DIFC), Emirates NBD, Emirates Islamic, Commercial Bank of Dubai, HSBC, Abu Dhabi Commercial Bank, RAKBANK and Mashreq Bank. More institutions have joined in the platform since then and currently, the platform sustains almost 50% of corporate e-KYC records in UAE.

Benefits of a national e-KYC platform

What is KYC (Know Your Customer)?

Know Your Customer (KYC) is a compulsory process for the banks and other financial institutions when opening a new account or on regular basis used for identification and verification of customer’s identity. In the digital era, the vitality of conducting a full and successful KYC checks in order to assure the authenticity of the identity of the customers has become more critical than ever. The importance of KYC lies in the fact that it serves as a crucial weapon in the war against financial crimes and money laundering as the identification of customers is the initial step for each process. As the digitalization inhabits both beneficial and risky features for the financial industry, the regulatory developments have evolved and become more challenging for the banks, fintechs, insurance companies and other financial institutions for the purpose of ensuring a more secure financial eco-system.

Advantages of a consolidated KYC platform at a national level

The main advantage of the UAE KYC Blockchain Platform is reducing the time and effort spent in account-opening tremendously. As the verified e-KYC data will be shared among licensing authorities and financial institutions within the UAE, the process of online customer onboarding will be faster, streamlined and last but not least will be a lot more secure. The functionality of the platform “Instant Bank Account” allows for a less burdensome onboarding journey both for the financial institutions and their customers. Therefore, the Consortium will contribute to the improvement of customer data quality in the UAE to a great extent that will play the role of a foundation of a future expansion of the network and its growth in becoming the encompassing customer data ecosystem.

As a natural result of the process simplification for account opening for investors and exchanging verified KYC data among the banks digitally, the initiative induced a positive influence on the customer satisfaction and business industry since doing business with Dubai and the UAE has become a lot easier now.

The UAE will also benefit from the blockchain-powered KYC platform in terms of costs by allowing the financial institutions to get rid of the old-fashioned procedures for identity verification and presenting them with the advantageous nature of the blockchain technology which, in comparison to the traditional ID verification and KYC processes, enables simpler, safer, faster and more efficient business operations.

Employing a consolidated blockchain KYC platform at a national level also enables the institutions to use the digital workflows APIs for onboarding customers such as electronic ID platforms, company registries and other similar systems.

The UAE is one of the first countries in the world to accomplish a nationwide, blockchain-powered ecosystem for data sharing. In line with the purpose of transforming Dubai into a global investment center, Dubai Economy put their focus on fortifying its digital economy. Therefore, the launch of the UAE KYC Blockchain Platform plays a vital role in achieving this ambition of advancing the global rankings of the UAE and building a smooth, consolidated and paperless ecosystem. The entities have been given the choice of exchanging their data in real-time with the financial institutions of their preference which reduces time and cost significantly in terms of business efficiency.