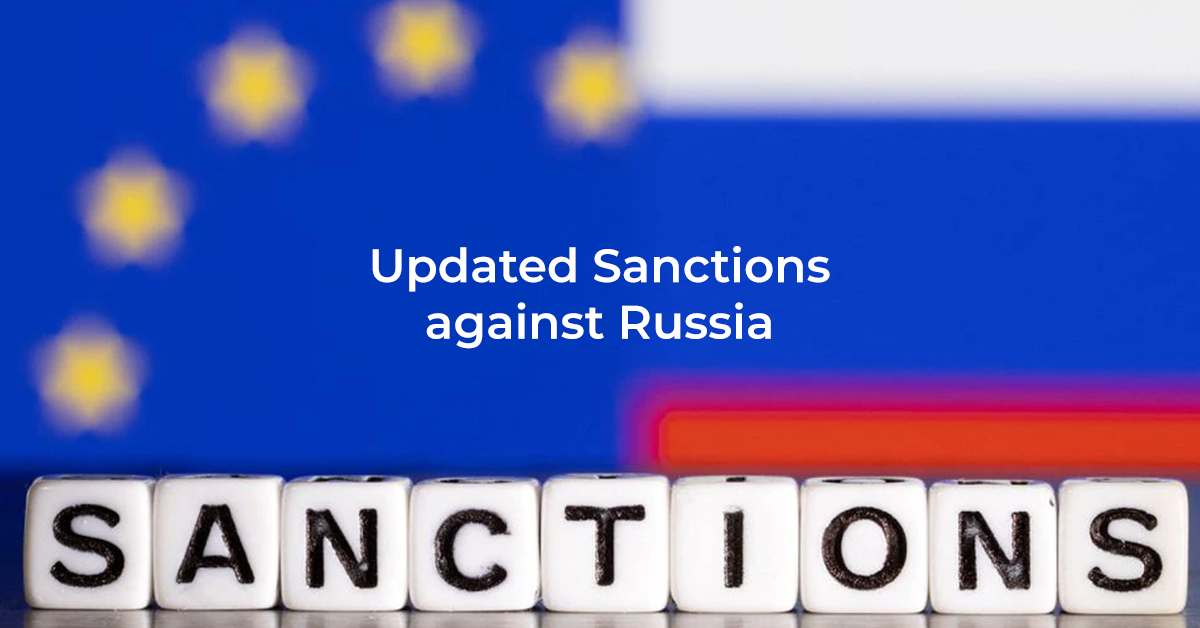 Russia’s invasion over Ukraine resulted in the country facing new financial, trade and technology sanctions for the purpose of cutting off the financing of the war. Since Russia is a leading energy producer with its oil and gas sources, imposing sanctions against Russia and isolating the Russian financial institutions from the rest of the world, directly and indirectly, affects the financial industry globally.

Governments all around the world have updated their sanctions against Russia by targeting the biggest financial institutions, wealthy individuals, businesses and government-owned organizations to stop Russia’s funding of the war and invading Ukraine.

Among the updated sanctions, the most prominent ones are the economic and financial sanctions, trade sanctions and technology sanctions.

Many countries including the United Kingdom and Japan have frozen the Russian national assets and prevented Russia from using its reserves in foreign currencies which equals $630bn.

The international financial messaging system, SWIFT, excluded main Russian banks from its network so that Russia receives payments for the energy exports in delay.

Major Russian banks were also removed from the financial system of the UK. Additionally, the UK banned Russian companies from borrowing money from the UK banks and applied limitations on the deposits that those companies are allowed to make at UK banks.

Since 1998, it is the first time for Russia to miss a deadline on an international debt due to the updated sanctions imposed against it. The main action that may have caused this is the blocking applied by the US to forbid Russia to use its $600m in the US banks to pay its debts.

In the first 3 months of the war, the income of Russia coming from oil and gas exportation was estimated to reach up to $100bn. Therefore, in order to hinder its profit gained from export and stop financing the war, trade sanctions are also imposed against Russia.

The US and Canada banned oil and gas imports from Russia.

Germany was planning to open an important gas pipeline from Russia and it was frozen until an unknown date.

Among the countries listed above, the EU is the least enthusiastic one when it comes to imposing oil and gas related trade sanctions against Russia due to the fact that the region mainly depends on the gas coming from Russia (up to 40%). In March 2022, the EU claimed that the gas imports from Russia will be reduced up to 60-65% in a year and in April 2022, they announced that they will apply more sanctions.

The technological sanctions against Russia mainly focus on the military-related products and applications.

The UK, EU and US, all applied a ban on the exportation of the dual-use goods which are the products or technologies that are used both with military and civilian purposes like the vehicle parts.

It is compulsory for the American companies to own a special license in order to be able to sell specific equipment used for telecommunications, aerospace and marine as well as the computers, lasers, sensors and navigation tools to Russia. Most of the licensing requests are rejected by the US.

Taiwanese multinational semiconductor contract manufacturer company, TSMC, being the world’s biggest and best in its field, said that it will be accepting to impose the export sanctions against Russia that the Taiwan government decided to apply.

Switzerland prohibits the exportation of the goods that have the possibility to fortify Russia’s military and technological forces.

In addition to the financial, commercial and technological sanctions, Russia faces individual sanctions as well against its important businessmen and wealthy citizens who are close to the government.

One of the most prominent businessmen of Russia and the former owner of the Chelsea FC Roman Abramovich faced sanctions by the EU, UK and Canada.  Also, the Russian government officials and family members were sanctioned by many countries in the form of freezing assets. The golden visas giving the wealthy Russian citizens the right to British residency was stopped by the UK.

Apart from those mentioned above, bans on the trade of the luxury goods and applying additional taxes on specific export items were among the updated sanctions imposed against Russia.

Numerous private international companies took actions against Russia in the form of blockages, suspension or total withdrawal. Among those companies, there are Coca-Cola, Samsung, Netflix, McDonalds, Microsoft, Apple and Starbucks.