Skip to content
Which countries are banned from SWIFT and why? 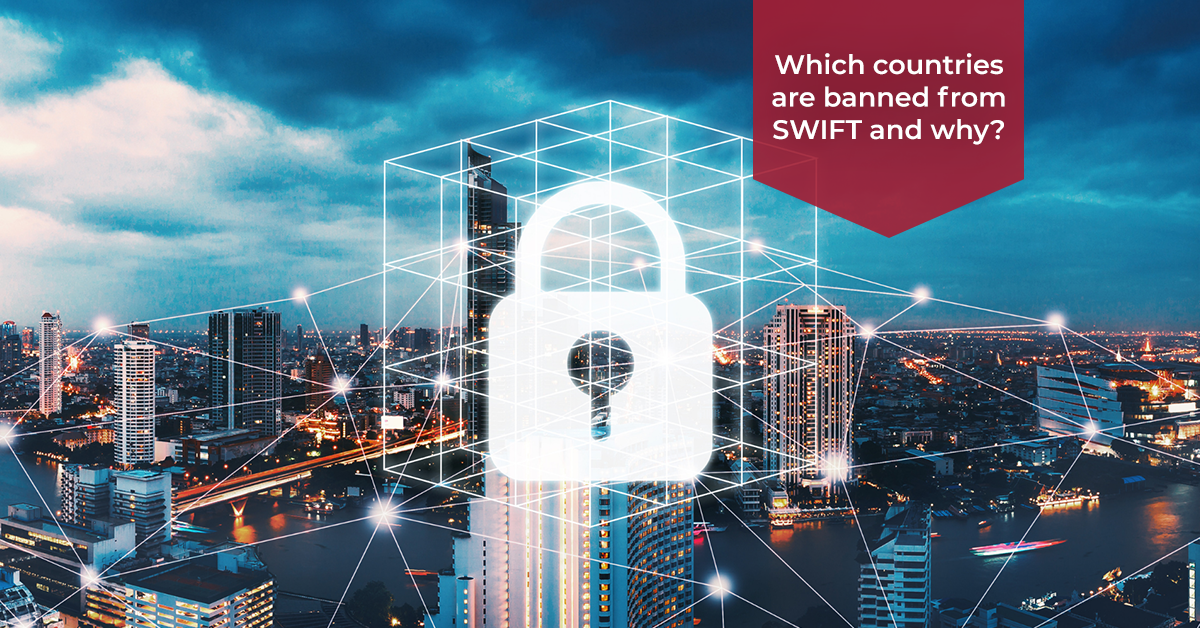 Which countries are banned from SWIFT and why?

What does SWIFT refers to?

The SWIFT system, which stands for the Society for Worldwide Interbank Financial Telecommunication, is a secure platform that allows financial institutions to share information about worldwide monetary operations such as money transfers.

While SWIFT does not actually transport money, it does serve as a mediator to verify transaction information by providing secure financial messaging services to over 11,000 institutions in over 200 countries. It is based in Belgium and is governed by the central banks of eleven industrial countries, including Canada, France, Germany, Italy, Japan, the Netherlands, Sweden, Switzerland, the United Kingdom, and the United States, in addition to Belgium.

SWIFT, founded in 1973 and headquartered in Belgium, connects 11,000 banks and organizations in over 200 countries. SWIFT is a type of instant messaging system that notifies users when payments are transferred and received.

Who owns and controls SWIFT?

SWIFT was founded by American and European banks that did not want a single organization building and monopolizing their own system. More than 2,000 banks and financial organizations currently jointly own the network. It is administered by the National Bank of Belgium in collaboration with major central banks across the world, notably the Federal Reserve of the United States and the Bank of England. SWIFT assists its members in conducting safe international transactions and is not meant to take sides in disputes.

How will banning Russia from SWIFT affect it?

It is unknown which Russian banks will be withdrawn from Swift at this time. This should become obvious in the following days.

According to a statement issued by the EU, the US, the United Kingdom, and others, the measure should oblige that addressed financial institutions in Russia should be banned from the international monetary system to disable their operations worldwide due to unlawful attacks of Russia against Ukraine.

The goal is for Russian businesses to lose access to SWIFT’s typically smooth and quick transactions. Payments for its vital energy and agricultural goods would be significantly hampered.

Banks would very certainly have to interact with one another directly, creating delays and extra expenses and, eventually, cutting off revenue for the Russian government.

Russia has been threatened with a SWIFT expulsion previously when it occupied Crimea in 2014. Russia claimed the measure amounted to a declaration of war. Western partners did not carry forward with the threat, but it did drive Russia to establish its own, still in its early stages, cross-border transfer mechanism. To prepare for such a penalty, the Russian government established the Mir National Payment Card System, which processes card payments. However, it is now used by just a few international nations.

Why has the West been divided over SWIFT?

Some countries, including Germany, France, and Italy, had been hesitant to take action against Russia’s use of SWIFT. Russia is the European Union’s primary supplier of oil and natural gas, and finding alternate sources will be difficult to find in near future. With energy prices already skyrocketing, many countries would like to prevent additional disruptions in the inflation rates.

Companies that owe money to Russia would have to find other means to be reimbursed. Some argue that the danger of worldwide banking turmoil may become an immense burden to the global financial eco-system.

Former Russian Finance Minister Alexei Kudrin warned that being cut off from SWIFT may reduce Russia’s economy by 5%. However, there are concerns about the long-term impact on Russia’s economy. Russian banks may transit money through nations that have not yet applied any sanctions to Russia, such as China, which has its own financial system.